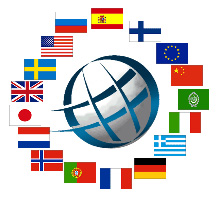 KAT had the chance to host its domain in Isle of Man for less than a day. The local registry has suspended the domain name of the biggest torrent site. KickassTorrents will move on to Costa Rica.

Authorities have been trying to shut down KickassTorrents for years. Therefore KAT has lost many domain names and has the practice to move on to a new domain registry every year.

Now it is clear that the team’s decision to move to Isle of Man yesterday was no good, because the IM Registry has zero tolerance to copyright infringements.

KAT has announced to move to Costa Rica based domain registry. The team hopes that CR Registry’s policy and terms will not be violated by the torrent website.