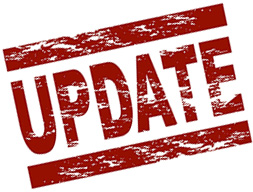 Few days ago the torrent world received a shock when the owner of KickassTorrents got arrested in Poland. Together with the arrest the bank account and domains of KAT got seized. People all over the world are now wondering if the notorious torrent site can make a comeback anytime soon.

KickassTorrents torrent site was founded in 2009. It became the most visited torrent site in late 2014 when the Pirate Bay had several issues with their uptime. Though being the most popular of its kind, KAT has run into several issues with the authorities, copyright holders, ISPs, domain registrars and others fighting against online piracy. When the founder Artem Vaulin got arrested few days ago, KickassTorrents received the biggest hit in its history leaving its loyal users with empty hands.

While no one can actually know for sure what is going on behind the scenes, let’s have a look what really happened on that day. Several of KAT’s domains are offline at the moment. Even though the feds haven’t seized everything, at least not yet, the team behind KickassTorrents probably wants to be on the safe side and therefore keeping a lot of sources offline as a precaution.

Details of the case at US District Court in Chicago show that KickassTorrents got hit bad. According to authorities the 30 years old Artem Vaulin from Ukraine plays a key role. During the life cycle of KAT he has been hiding the footprints pretty well, but now much has come out to daylight. Lots of traces lead to Vaulin and now the feds can easily connect him to the site and its violations. Vaulin’s name is on several domain WHOIS records that date back to 2009. Also data revealed by GoDaddy shows that he bought three KAT related domains during the time. Vaulin had a nickname “tirm” which was also part of his email address. In 2010, KickassTorrents had marked its owner as “tirm” on the main website; that was removed later though. The authorities have connected Artem Vaulin to KAT and understood that he has been a very active part of the torrent site. Apple and also Facebook gave more data to the feds that all linked Vaulin to the torrent page. Facebook could reveal the IP address that was used to log in to KAT’s Facebook page. Apple therefore gave out the IP address that Vaulin had used for an iTunes transaction, also sent the founder’s old private emails to investigators. The IP address from Facebook matched the IP used to access Artem Vaulin’s Coinbase account, so Bitcoin is also connected to the case.

Feds claim KickassTorrents to have earned more than a dozen million dollars each year for selling advertising space. Another interesting fact that Cryptoneat’s domain is registered by Vaulin which is supposed to be a company posing as KAT’s front. There are several people on LinkedIn marked as working for the company who probably were involved in KickassTorrents development at some time. Vaulin’s private emails reveal a lot of people involved in this torrent project. Before the happenings feds contacted KAT as an advertiser which lead them to bank accounts connected to the torrent website. One of those bank accounts had received more than $28 million in less than a year.

The last part of this case involved the Canadian webhost of KAT’s main website. Investigators used a warrant to seize hard drives and an email server of KickassTorrents. This was probably their biggest win against the torrent site.

Though it’s pretty sure that the team has backups and their comeback shouldn’t be impossible, KAT will remain offline for now. Some say it’s for precaution but actually nobody knows for sure. Authorities really got a lot of materials for this court case and therefore the comeback may be unsure at the very moment. The website got heavily compromised and KAT’s team needs to look through their options. Users, especially uploaders are afraid of their data being in the hands of US Government but on the other hand, if other people behind KickassTorrents haven’t been arrested yet, there is probably a chance to get away from this for even the biggest uploaders.

There is nothing much to do for now than to wait and see what happens next. There are already a lot of resurrection stories online, but officially KAT hasn’t recovered yet. People are still able to access some proxy and mirror sites, but time will tell how long these pages will stay online.