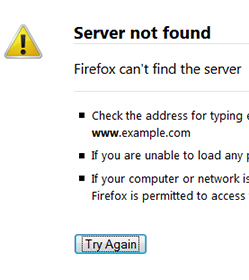 Websites providing online file sharing are being blocked in different regions all the time. This brings results where online users cannot reach their favorite torrent sites in specific regions and need to find a way round. Often it is an alternative source for files or some proxy site that changes the user’s IP location. So what can lead to a site being blocked?

Usually it has been court orders that insist Internet Service Providers to block sites containing copyrighted materials, illegal content etc. Companies behind these accusations are recording labels, music and movie producers who want to earn more without possibilities to download same materials for free from the internet.

In Ireland there is a different story at this time. ISPs are saying that they agree to block large torrent sites even without a court order. Now this would definitely upset the customers of these ISPs in Ireland, but the situation is getting even worse. If all major ISPs disable access to torrent engines, people will have no other choice than to look for alternatives or methods how to change their IP location. Of course, only if they want to be able to gain access again.

Kickasstorrents is one source that will be blocked in Ireland next week, with or without a court order. At least this is what local service providers say in Ireland. For example, some years ago one of the biggest internet services blocked the Pirate Bay as their own choice. This certainly puts off many internet users and is like a shot to their freedom.

At the moment ISPs in Ireland are waiting for the court order that should be announced to public in the coming days of December. Several companies have already promised to cut off access to torrent sites as Kickasstorrents even if the court order does not require to do so.

As we all remember, Kickasstorrents was blocked in UK last summer. After this people began to search for alternative programs. So if you can still reach torrent sources in your location, you are lucky to be part of the online sharing.