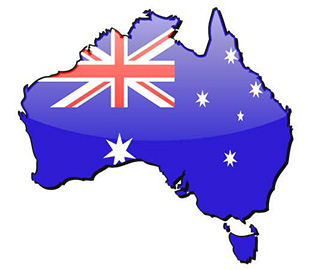 Several well-known record labels have united to get KickassTorrents blocked in Australia. Sony, Warner, Universal and Albert & Son started a case at the Federal Court of Australia to have all proxy sites and the torrent search of KAT blocked by local ISPs.

Last year was active for several Australian companies in the music and movie industry to cut down on online piracy. Now the record labels believe to be reaching some success. Since last summer it has been possible in Australia to get a court order for blocking copyright infringing websites at ISP level. Now a lot of companies in the entertainment industry are going to use the opportunity.

At first the movie industry was more active on filing complaints against the torrent sites, but now it seems the music industry has joined them. ARIA and APRA AMCOS have united to target the Aussie pirates. Copyright holders are referring to section 115A of the Copyright Act 1968 to have KickassTorrents blocked by ISPs in Australia.

People behind the court case have added that KickassTorrents is exploiting the work of artists without giving any value but only making illegal revenue off the advertisements. Another reason, which actually seems quite important for some is the fact that blocking KAT would help promoting other legitimate online music services. Furthermore, the entertainment industry wants to have proxy sites blocked as well, in order to cut down on possible bypass of the blocking. There are a lot of proxy and mirror sites that authorities would need to filter out.

Though KickassTorrents has claimed before to be taking down any infringing content reported, this has not been satisfying for copyright holders. We will get more information on the case probably in May when the court will be making decisions.