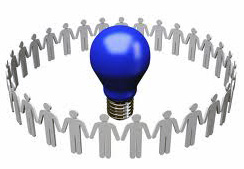 The world of torrents is seeing a lot of upheavals globally on account of the newfound crackdown backed by major government agencies. This has consumed many of the most popular torrent sites out there, although quite a few are just about surviving. In such a time, KickassTorrents has come on to the scene like a breath of fresh air.

The site first saw light of the day in 2009. So it was certainly not one of the oldest torrent sites out there. However, its handicap of being a late entrant has now been comfortably overlooked because of the site’s position today as the fastest growing torrent search site on the web. The reasons behind the rapid spread of its popularity are many. However, most of the BitTorrent fans seem to have been won over by its utter user-friendliness.

Adding another feather to its cap, KickassTorrents has recently announced that it is partnering httpTorrents to allow its users to download files over the http protocol. Many torrent veterans feel that this move could prove to be the killer blow to other operating torrent sites.

As mentioned above, a user friendly interface was one of the main reasons for the increasing popularity. It must also be mentioned that the site was and continues to be among the most innovative ones around. This can be judged from the fact that of the many torrent search engines out there, KickassTorrents is the only one that corrects any mistakes in spellings made by users. The site is also popular for allowing each user to customize the homepage’s look as per his or her preferences.

The latest innovation concerns the direct download of torrent files without resorting to the traditional torrent clients. As mentioned before, KickassTorrents has made this possible by partnering up with httpTorrents. Though, it is still recommended to use the right download program for better and faster downloading.

This integration allows users to not only download files independent of a torrent client but also enables them to stream music directly from the site itself. The way this service operates is not very different from popular file hosting sites like Rapidshare. However, the difference lies in the fact that it works only with torrents and does not allow its users to upload their own music files.

The main advantage for someone using this service is that they will be no longer bound by restrictions on their BitTorrent activity either by ISPs, slow down transfers or even firewall blocks. At the time of writing, KickassTorrents had a collection of close to 4000 files that could be downloaded over http, aka direct downloads.

This number is increasing every day and will keep rising as more and more torrent users get to know about KickassTorrents.

As of today, everyone can use this service. However, in future there would be restrictions on the download speed or the number of simultaneous downloads allowed. Of course, users will have the option of lifting those restrictions by installing the software.