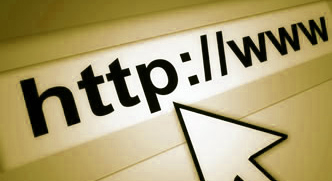 As all users of KickassTorrents have been suffering from technical and legal activities during the past months, the torrent site has changed its domain name frequently. Of course, these have not been optional decisions but demands from authorities instead. After Kat.ph was disabled and taken from its owners, the site was moved to Ka.tt. Only some hours later it went offline again.

Despite the fact that KickassTorrents is now being blocked by many ISPs worldwide, it is not the only problem the second biggest torrent system has been experiencing lately. Frankly, the cat and mouse game with its domain names has been something to observe. And torrent users anyway need to be aware of what their favorite website is going through.

It was not long ago when we announced that the main website Kat.ph was disabled due to authorities capturing the domain, and now after KickassTorrents had peacefully moved to Ka.tt, the last one got instantly under fire. People did not know the truth about these domain moves, but recently new information was revealed about the domain managed by Trinidad and Tobago. The domain Ka.tt was registered by an individual called Mr. Schultz. Right after the KickassTorrents website was put up there, the domain administrator told it was violating their terms and the site owner stopped using this domain. People managing .tt domains did not want to get involved into what arose problems for the .ph registry.

Though if we start to put pieces together, it turns out that Ka.tt was shut down in March 2013 while KickassTorrents was still active on Kat.ph address. The .ph domain was seized in June same year, so the administrators of Tinidad and Tobago were pretty much aware of what was going to happen. Although KickassTorrents is operating on its third domain at the moment, there is no way authorities have stopped pushing the torrent site into the edge with legal actions.

Things have been the worst for KickassTorrents in UK. The High Court there has given orders to ISPs to block this website completely. Even proxy pages are set to be shut down in some places, so they do not want to let anyone even near that search engine. ISPs have no other choice to follow the order if it is clear enough that their users are using the connection to violate copyright policies. People using the internet at home or office are not happy of course, while they can’t reach beloved torrent sites, users start to search for alternative solutions from other search engines. Luckily there are lots of resources on the web for that kind of situations, but the future is really hard to predict when it is totally clear that authorities are not done with their actions. There might be more to come soon, so stay tuned.